The Olson Center introduces students to innovative manufacturing technologies and allows visualization of manufacturing concepts to complement the skills learned in traditional classroom settings. It helps serve as a pipeline for trained, skilled workers who will be able to successfully step into the state’s manufacturing sector with practical knowledge and experience. These projects are fully conducted by university R&D faculty, staff and interns.   This option involves co-development by the university and industry personnel. Projects frequently have weekly or bi -weekly meetings with industry and industrial researcher space may be allocated at the Olson Center. These projects are integrated with university R&D faculty, staff, and students as a part of the University’s core learning environment. These projects usually involve larger scopes of investigation or development with a longer project duration. These projects are completed by university students in a learning structure. Projects conducted using this option tend to require the least industrial resource allocation with respect to budget and internal personnel time.

Many individuals are not able to participate in activities such as hiking, cycling, kayaking, or playing recreational sports. The non-profit organization, Northeast Passage, aims to create an environment where those with disabling conditions can take part in such activities.

In the past couple of years, the Olson Center has collaborated with Northeast Passage on multiple projects. Our engineers and numerous manufacturing resources have been able to bring some of Northeast Passages’ designs to life.

This summer one of our mechanical engineering interns, Brooke Shepard, is working with Northeast Passage to develop new and innovative equipment. She will be creating new designs and projects at the Olson Center. Brooke will also be attending trips such as kayaking, biking and many more.

The Olson Center is excited to continue to work with Northeast Passage in achieving their mission of a barrier-free world for individuals with disabilities. 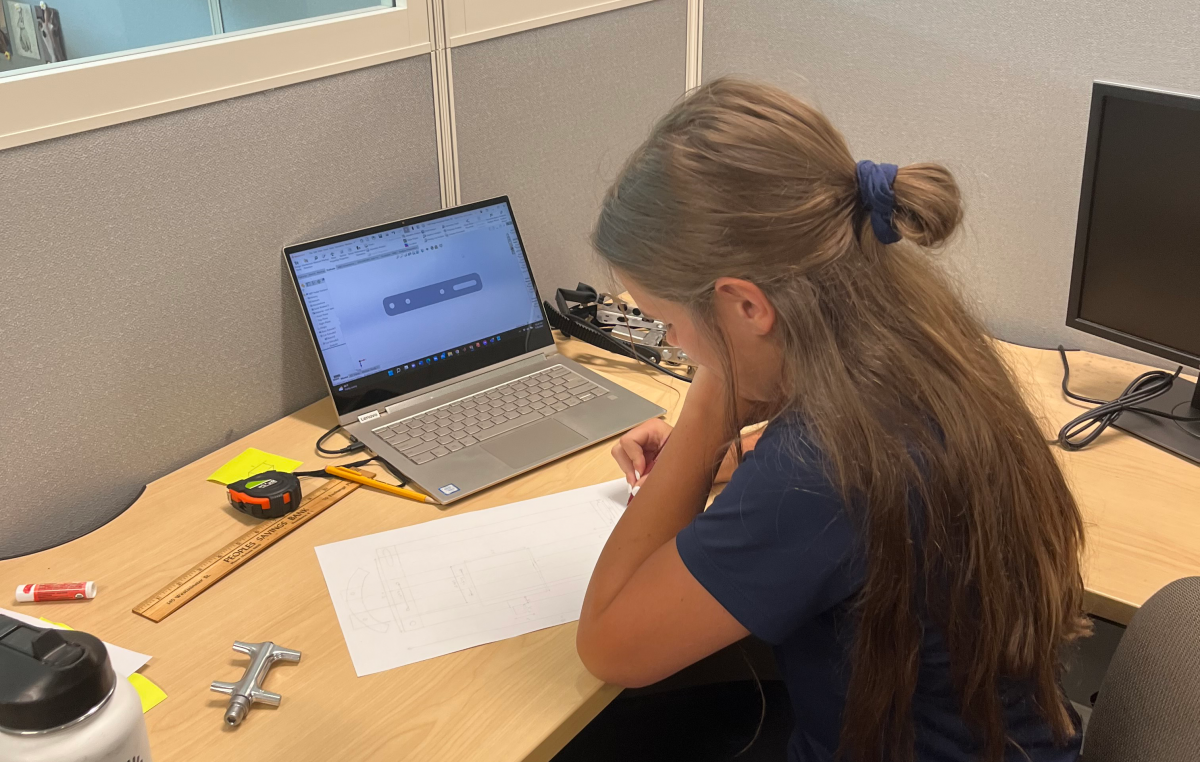 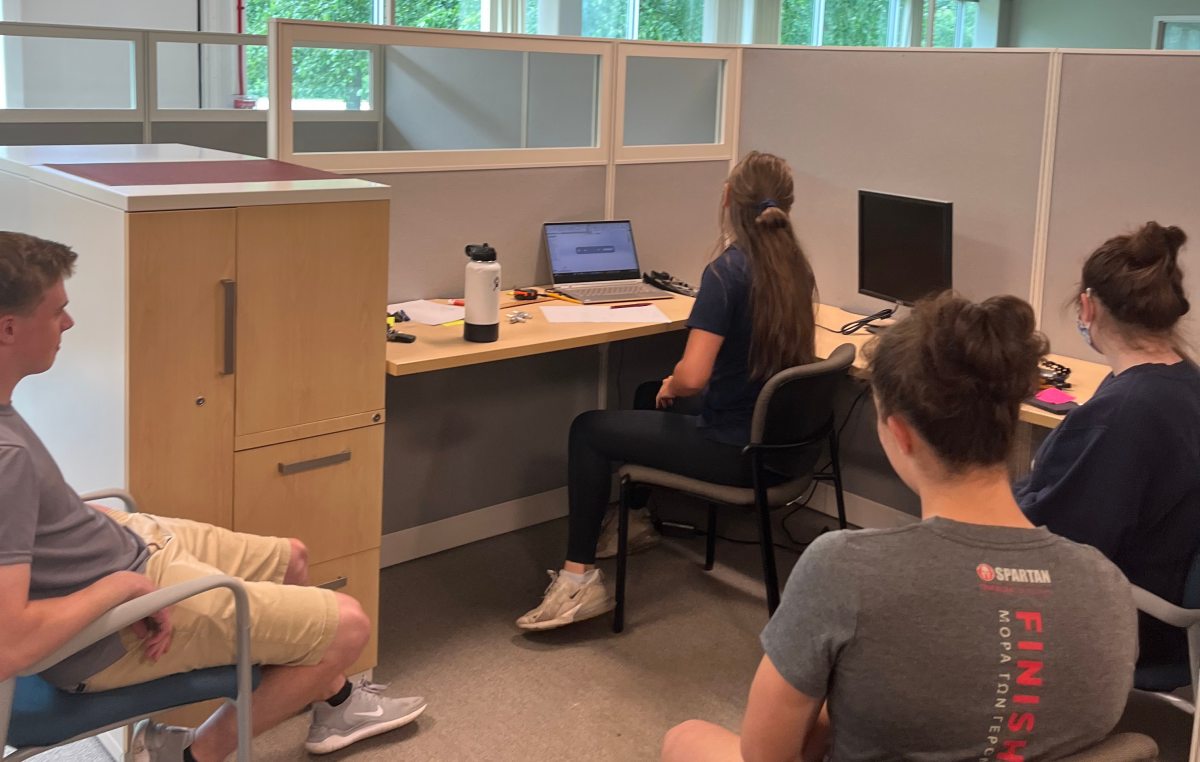 The Olson Center worked with Northeast Passage to adapt a remote-controlled trigger system that releases the arrow with a push of a separate button off of the bow. Interns, Riley Drew, Collin Edminster and Nate McCarvill successfully created a bow and arrow that allows individuals who do not have full dexterity in their arm or hand to use this Bluetooth powered device. This is just one of the many programs Northeast Passage offers to help those with disabilities. Pictured above is the design for a pedal creation resulted from a collaborated effort between the Northeast Passage and Olson Center mechanical engineering intern Brooke Shepard. 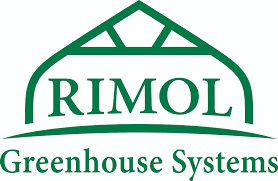 In October of 2021, interns Reyer Bliss and Jessie Barker worked in partnership with Rimol Greenhouse Systems. Located in Hooksett, NH, Rimol Greenhouses has specialized in manufacturing various types of greenhouses for nearly 30 years.

In 2021, demand in such innovative and quality greenhouses began to increase, which is when the Olson Center stepped in to reconfigure Rimol’s manufacturing and production line. Over the next eight months, mechanical engineering interns, Reyer (junior) and Jessie (now graduated) worked with owner and founder, Bob Rimol and Sean, head of fabrication, to optimize their raw and processed material storage for efficiency between manufacturing and shipping facilities. In addition to this, Jessie and Reyer helped plan for their electrical and compressed air needs.

Jessie and Reyer drew plans in a program called SketchUp for a concise representation of how the production and organization of Rimol’s manufacturing could be improved. Each month, Jessie and Reyer visited Rimol Greenhouses to measure the amount of storage space available to be transformed into a manufacturing area. They also had the opportunity to have a first-hand look at the ongoing changes that were happening.

The Olson Center successfully conceptualized a solution for Rimol Greenhouses expansion and upgrades, allowing Rimol to continue to manufacture their industry-leading growing structures. 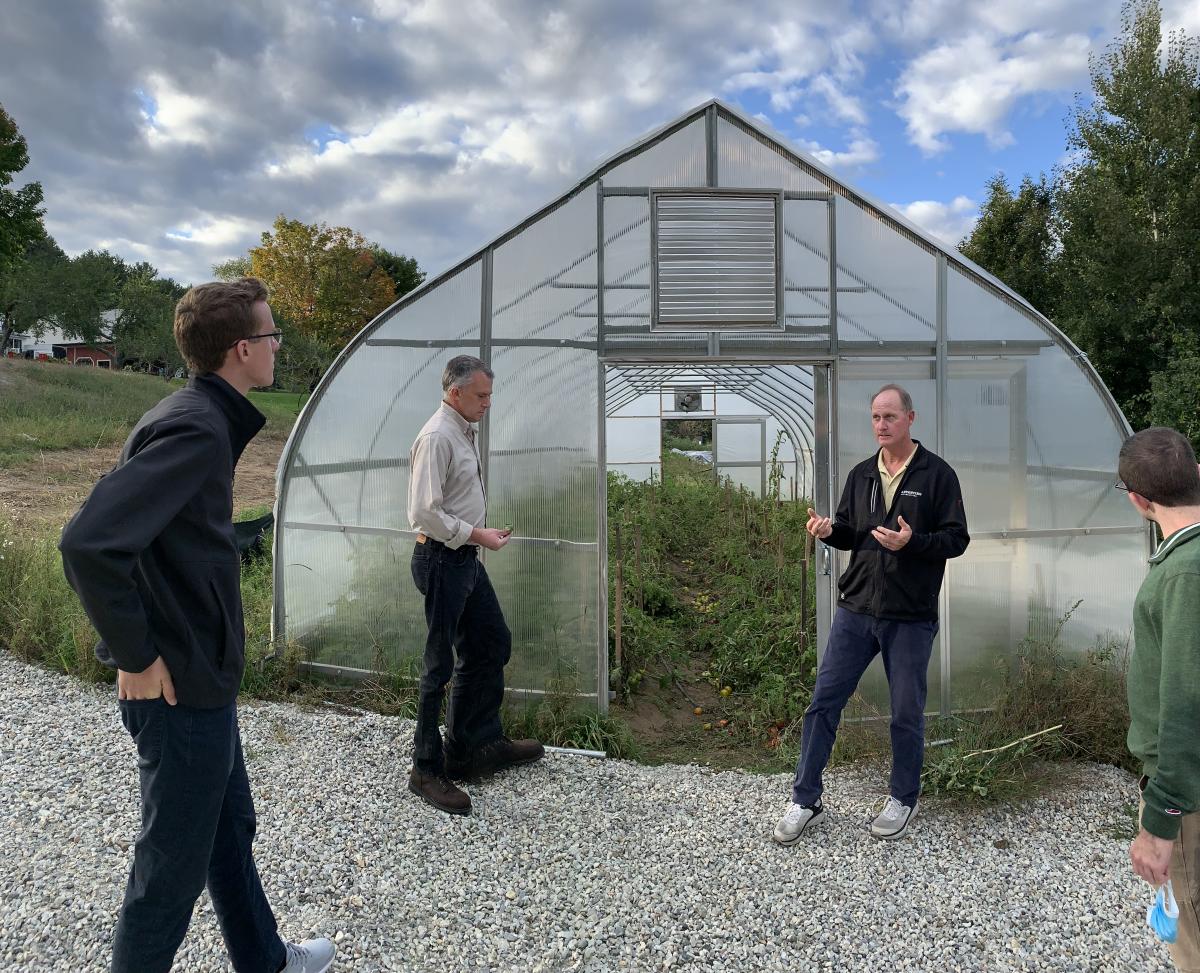 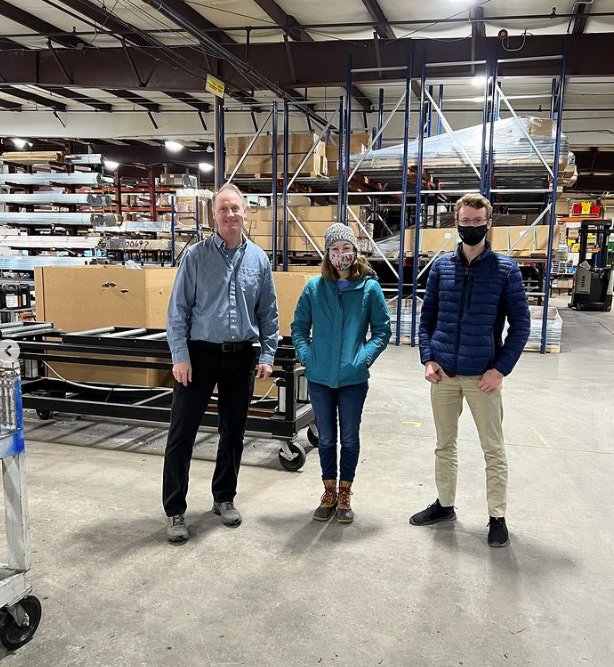 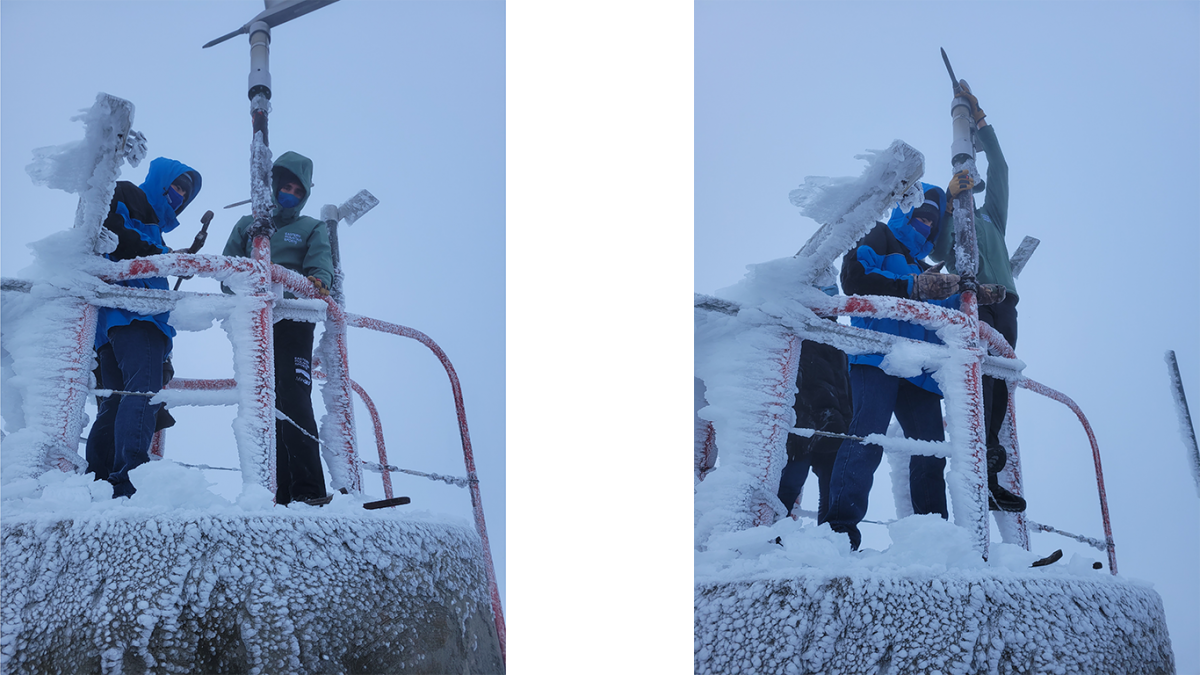 Mount Washington Observatory (MWOBS) developed a new Pitot-Static Tube Anemometer, a device that measures wind speed on top of MWOBS’ weather station tower. John Olson Advanced Manufacturing Centers' role as a 3rd party collaborator was to evaluate the performance of the anemometer. The center was tasked with data analysis, utilizing a wind tunnel, and benchtop testing. To gather data the machinery used was an oscilloscope, calibration device, and a GE Druck DPI 611 portable pressure calibrator, provided by MWOBS. The Pilot-Static Tube Anemometer is helpful for meteorologists and hikers to gauge the weather and make accurate evaluations on wind speed. The highest recorded speed recorded to date on this model anemometer is 171 miles per hour. Wind speeds as high as 231 miles per hour have been recorded on Mt. Washington’s summit previously.

The Olson Center recently collaborated with LanAir, an incorporation that provides quality, cost efficient solutions to Aerospace customers worldwide.  Olson Center interns, Delaney Cox and Josie Crotty spent about three weeks using the center’s compression machine to compare the sheer strength of a pin LanAir created to a sheer pin from an aircraft.

LanAir visited the Olson Center to view the sheer pin testing and discuss the data our interns, Delaney and Josie gathered.  This is just one of the many exciting collaborations the Olson Center has had the opportunity to be apart of. 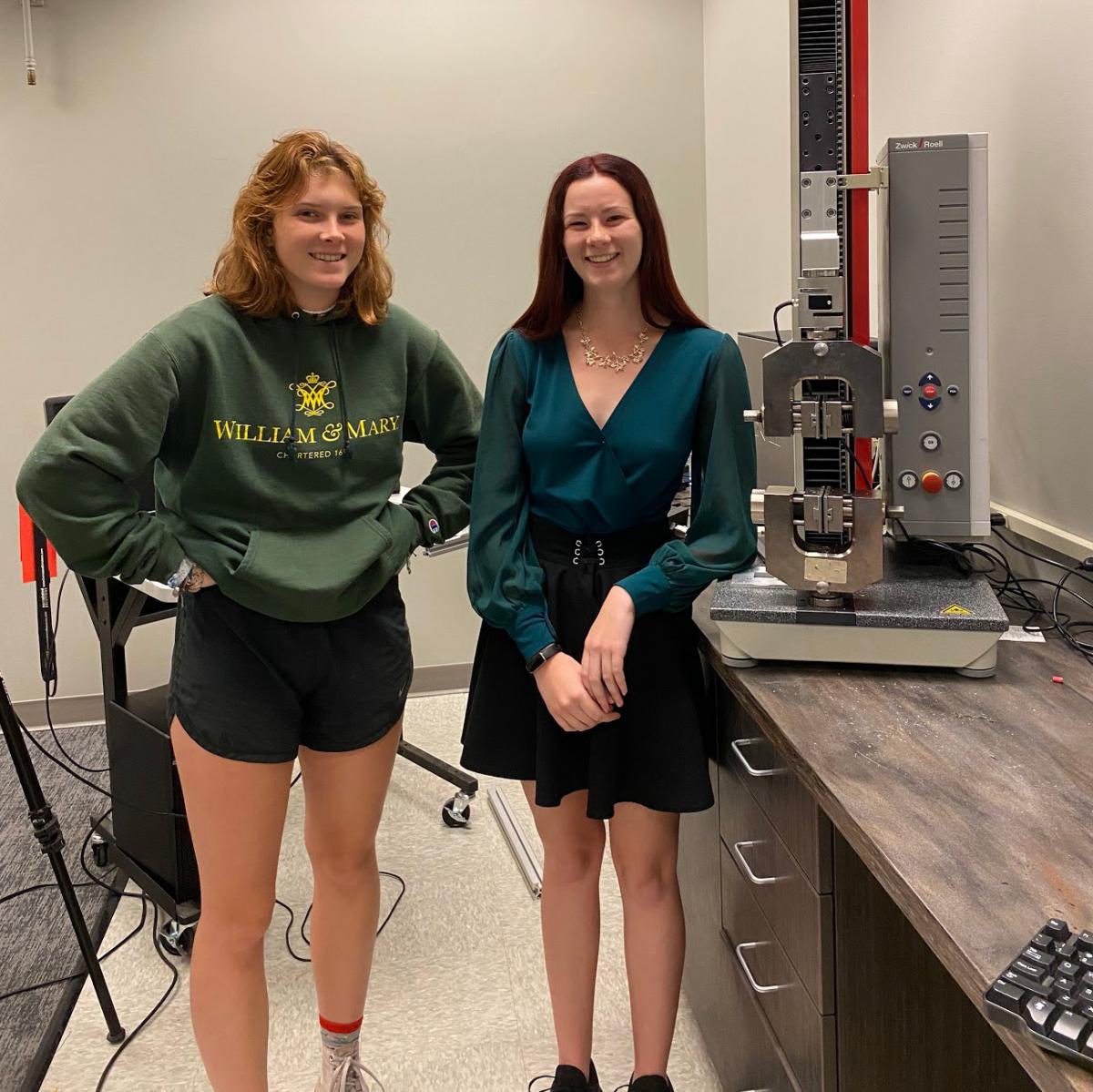 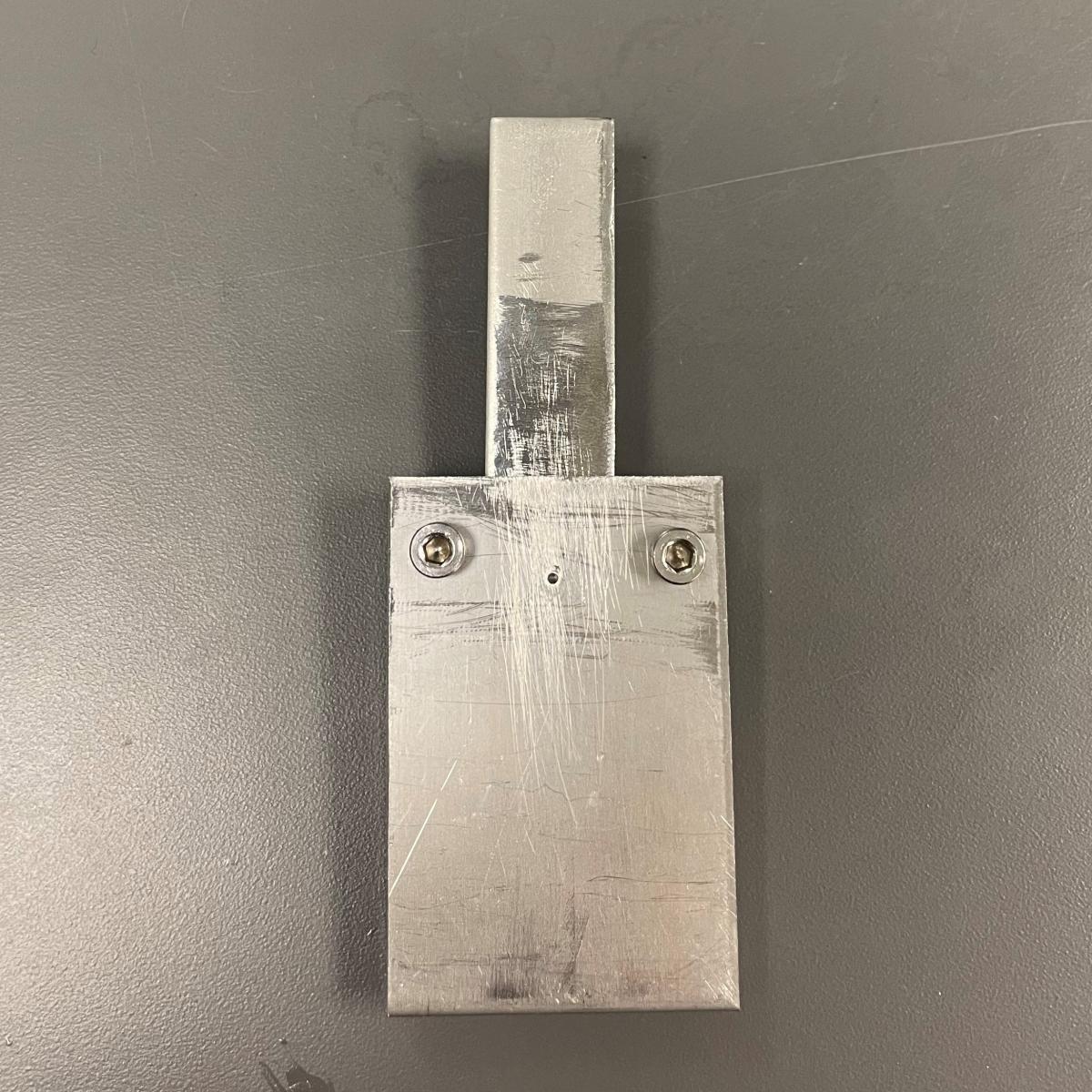 The University of New Hampshire has been heavily involved in the space industry through its use of innovative technology and advanced machinery. UNH’s Olson Center has begun collaborating with a corporation out of Laconia, New Hampshire called Rogue Space to deliver more space capabilities.

Rogue’s mission is to engineer the first generation of orbital robots by designing satellite vehicles and subsystems to provide on-orbit services to satellite operators. The Olson Center is involved in this process by offering our innovative machinery and interns thus helping Rogue give solutions to the New Space Age.

Later in the summer, the Olson Center worked on the fabrication of parts for Rogue’s satellites that will eventually be sent up into space. The parts were made using the center’s 5-axis Mill which intern Riley Drew and program manager, Nathan Daigle worked on. The center worked with UNH’s Space Science Center to vacuum seal the parts which were then given to Rogue for their upcoming launch into space.

The Olson Center is excited about this collaboration and eager to continue working with Rogue Space. 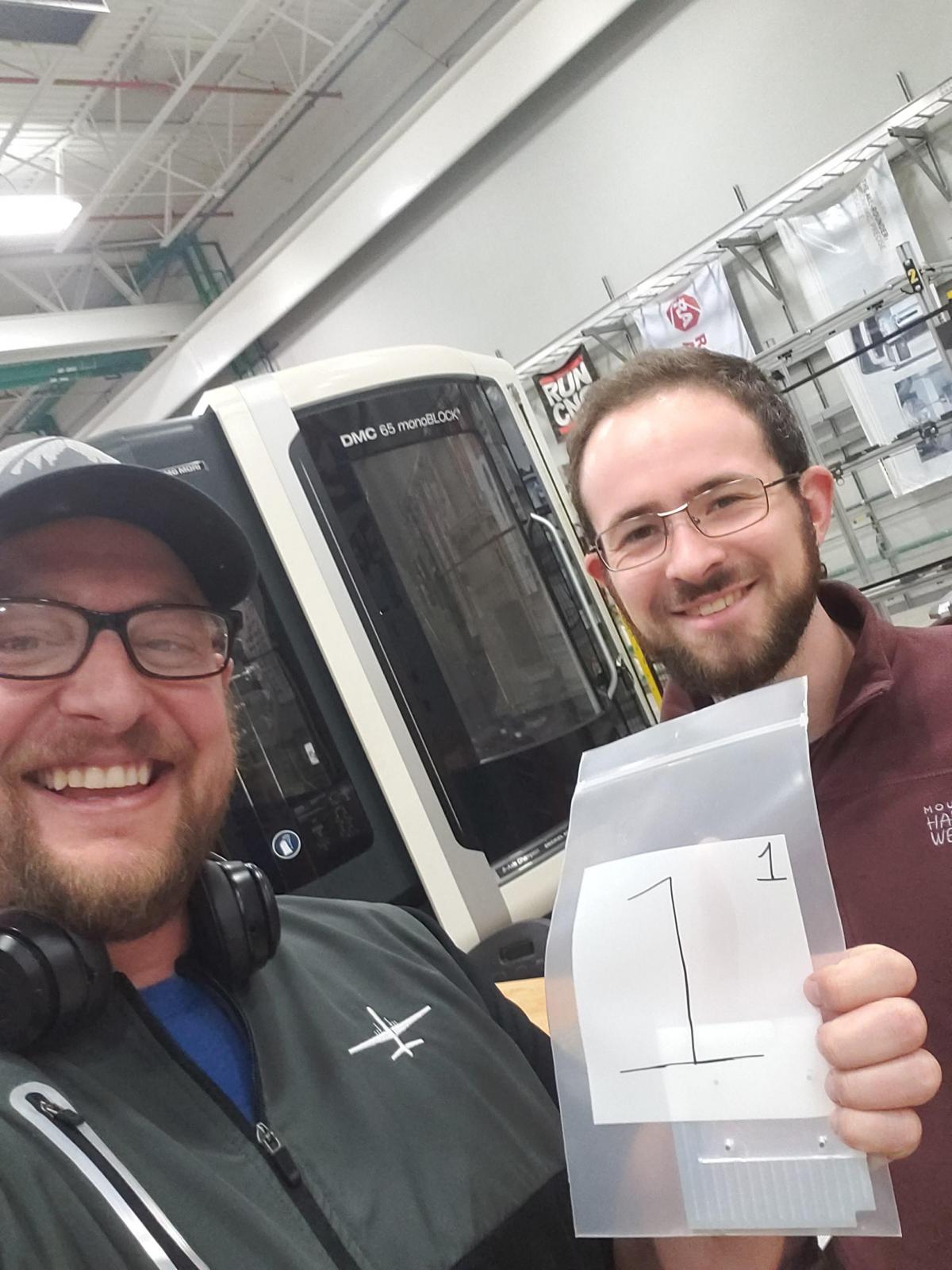 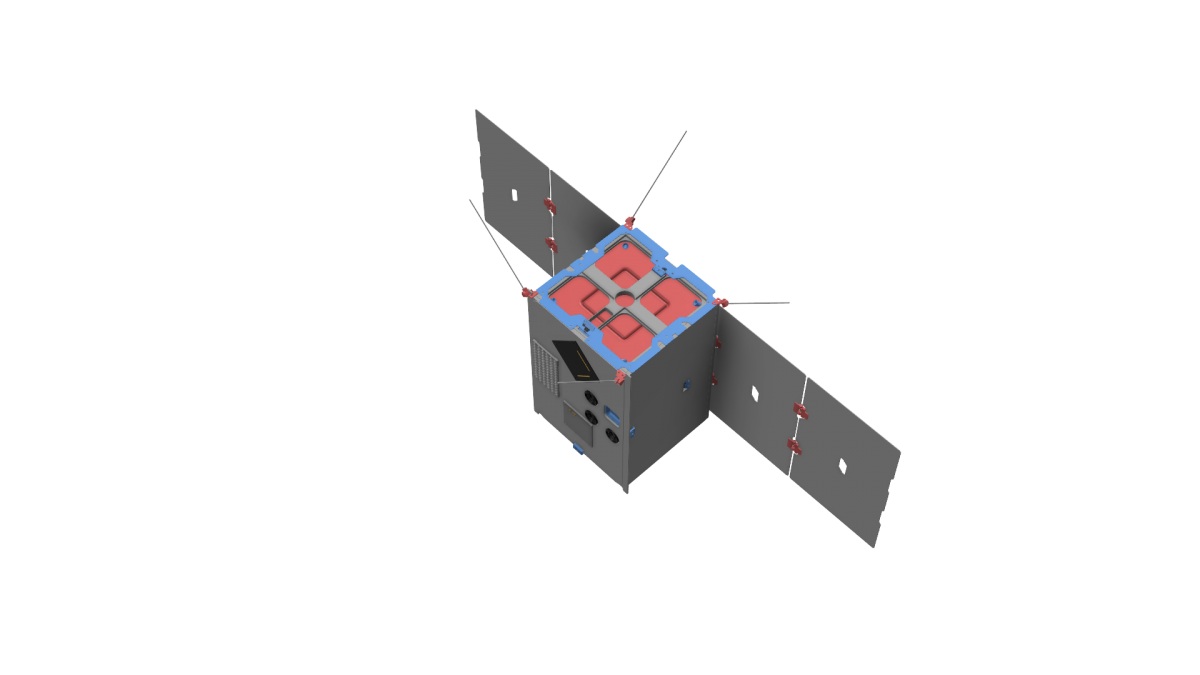 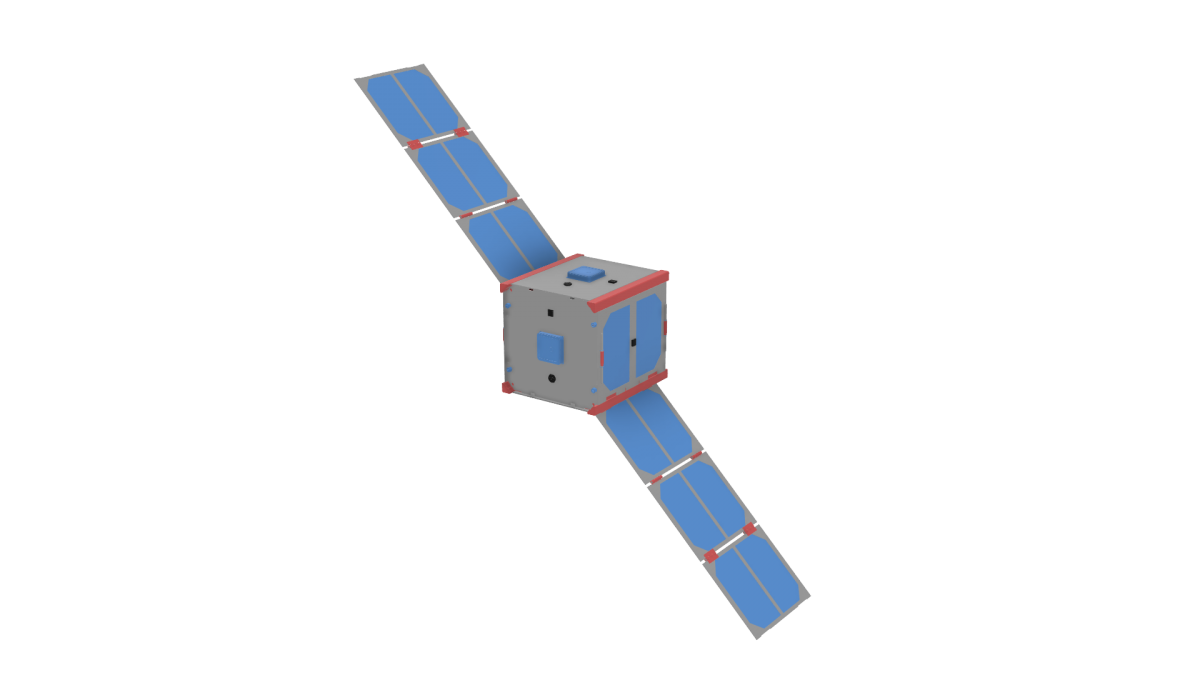 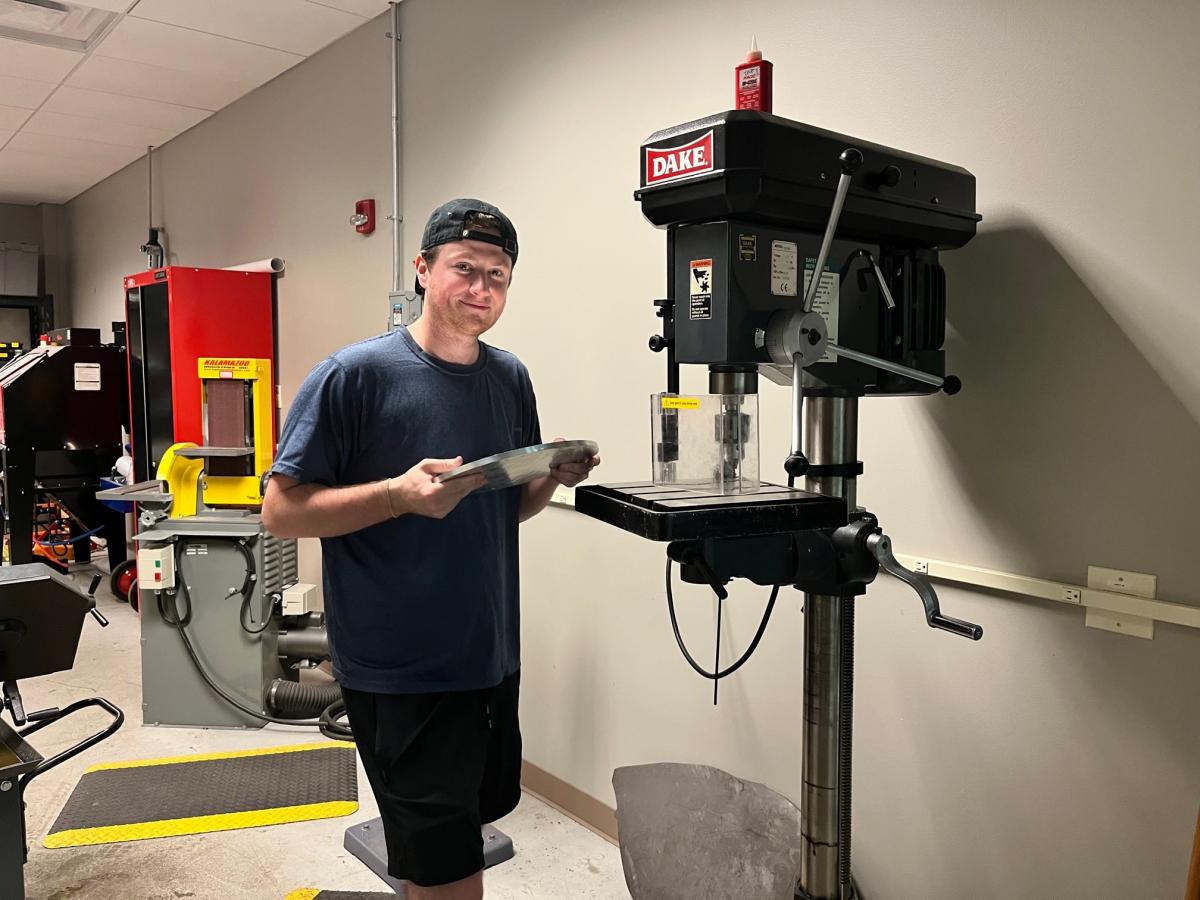 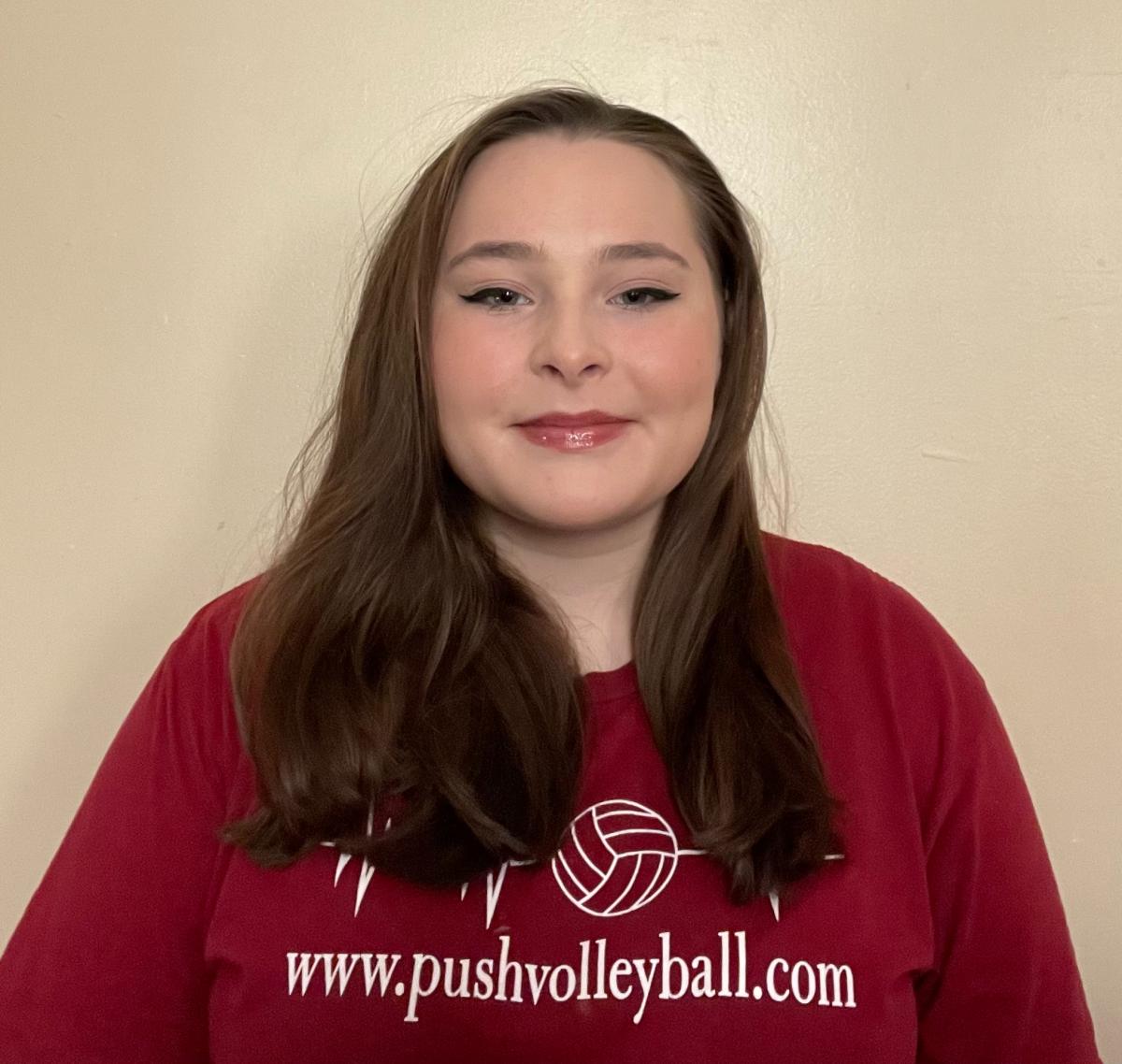 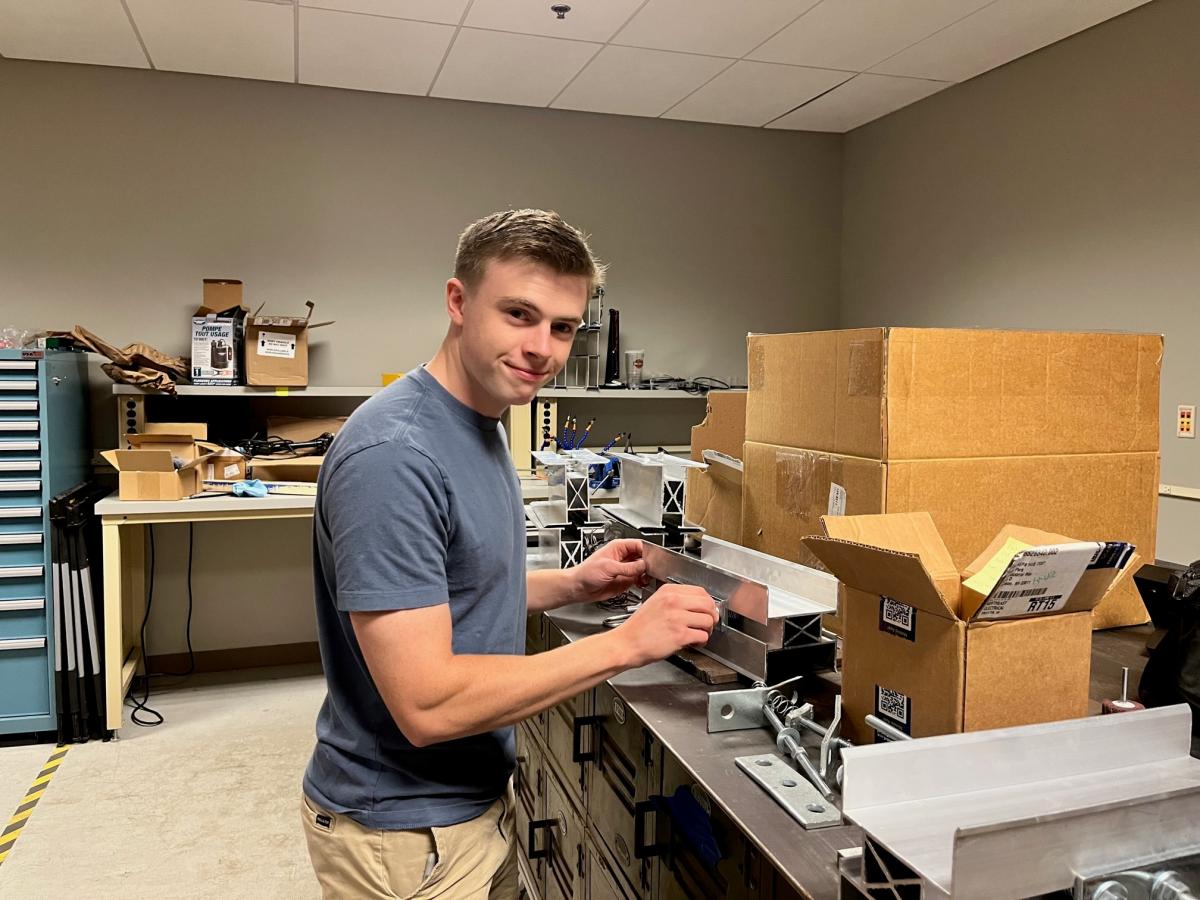 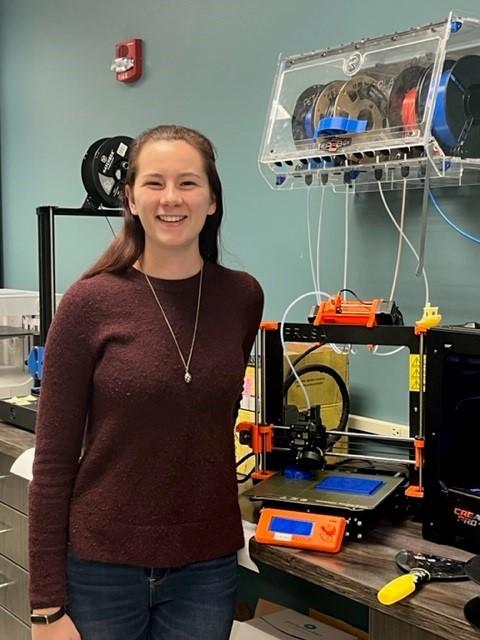 In the city of Dortmund, Germany is the Institute of Forming Technology and Light Weight Components (IUL). The IUL is equipped with groundbreaking forming technologies, distinguished expertise, and advanced machinery.
The Olson Center is excited to announce our collaboration with the Institute of Forming Technology and Lightweight Components of the Technical University in Dortmund Germany. Elizabeth Mamros, an Olson Center graduate student, and Lenard Polec, a German Bachelor’s student each had the opportunity to conduct research abroad at each other’s universities.
This collaboration began with a thirteen-month research study during Mamros doctoral studies after receiving IIE Graduate International Research Experiences and Fulbright Fellowships. During her time at the IUL, Mamros worked with novel incremental forming technologies to control the final part properties using stress superposition. The advanced equipment and expertise offered at the IUL laboratory gave Mamros the tools she needed to conduct her dissertation research.
Mamros successfully conducted her research abroad and had the opportunity to experience multicultural settings while solo traveling through eleven different European countries and various German manufacturing facilities.
Following Mamros' research stay in Germany, Lenard Polec, a German Bachelor's student came to the Olson Center to deepen and expand his knowledge (made possible by the German Academic Exchange). Under the mentorship of Mamros, Polec had the opportunity to learn about material characterization with the “continuous bending under tension machine.” Mamros also shared her knowledge in sheet metal forming processes, especially incremental forming. The results of Polecs work will be presented and discussed in his bachelor thesis.
Polec would like to thank Professor John Roth, Professor Jinjin Ha, Professor Brad Kinsey, and Elizabeth Mamros for this great opportunity.
If given the opportunity, Mamros and the Olson Center urge all students to “take the leap and apply for international opportunities.” Mamros says her experience was “life-changing and completely worth it.” 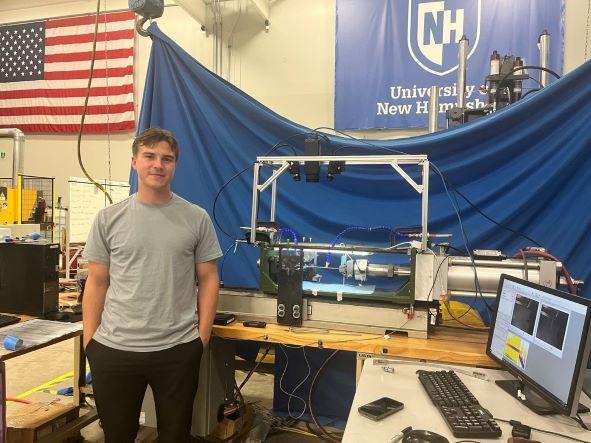 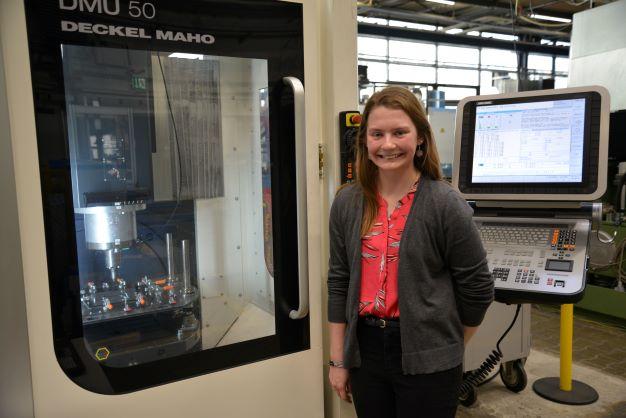 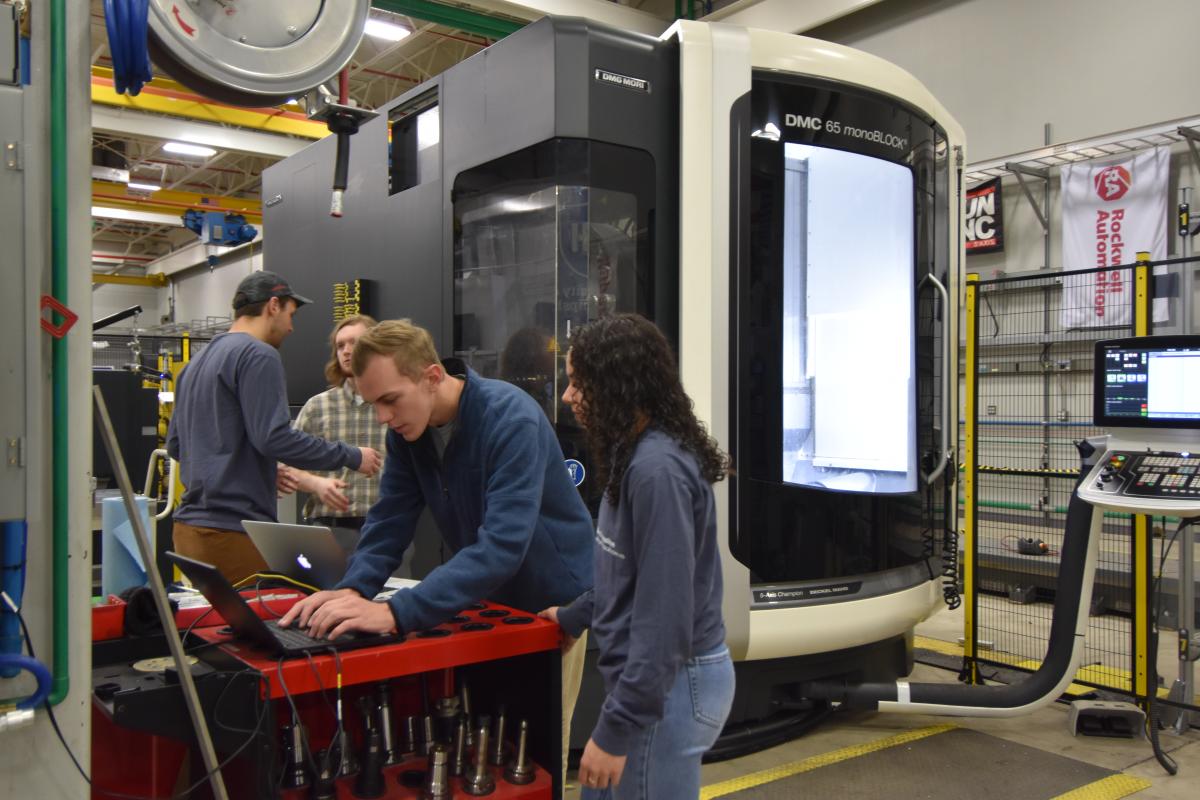 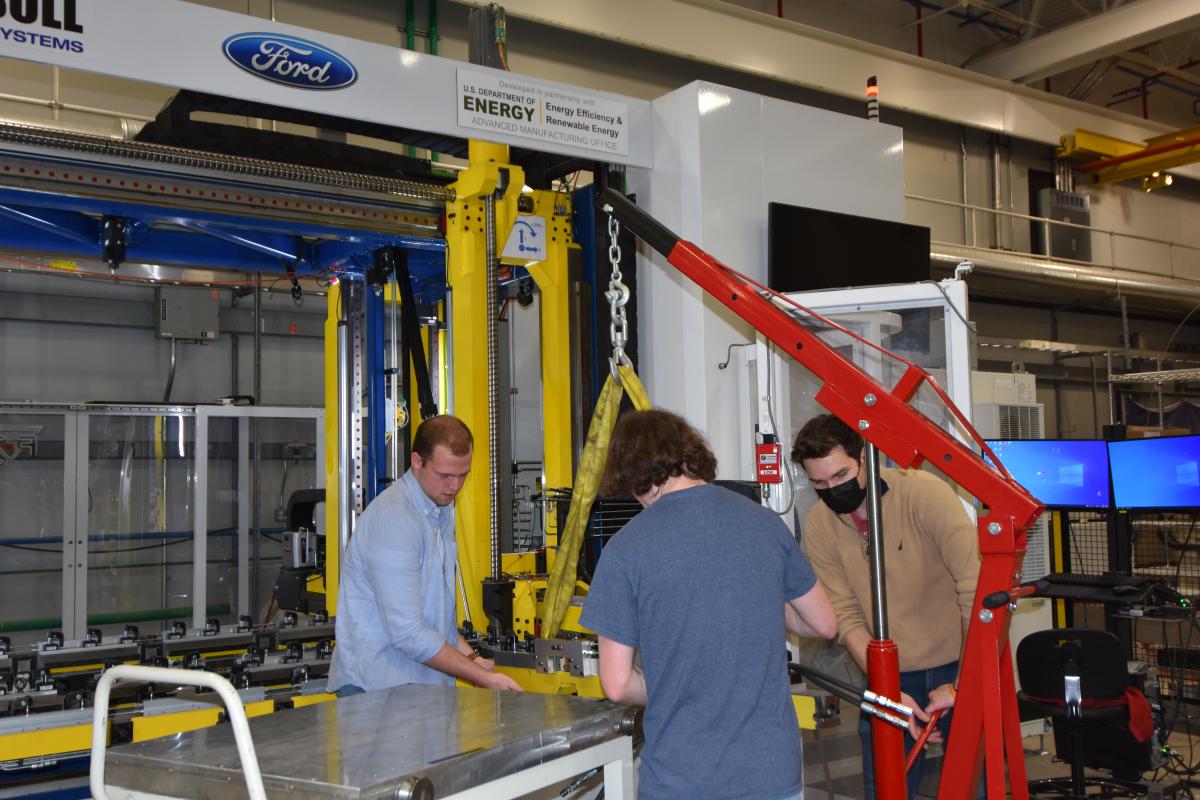 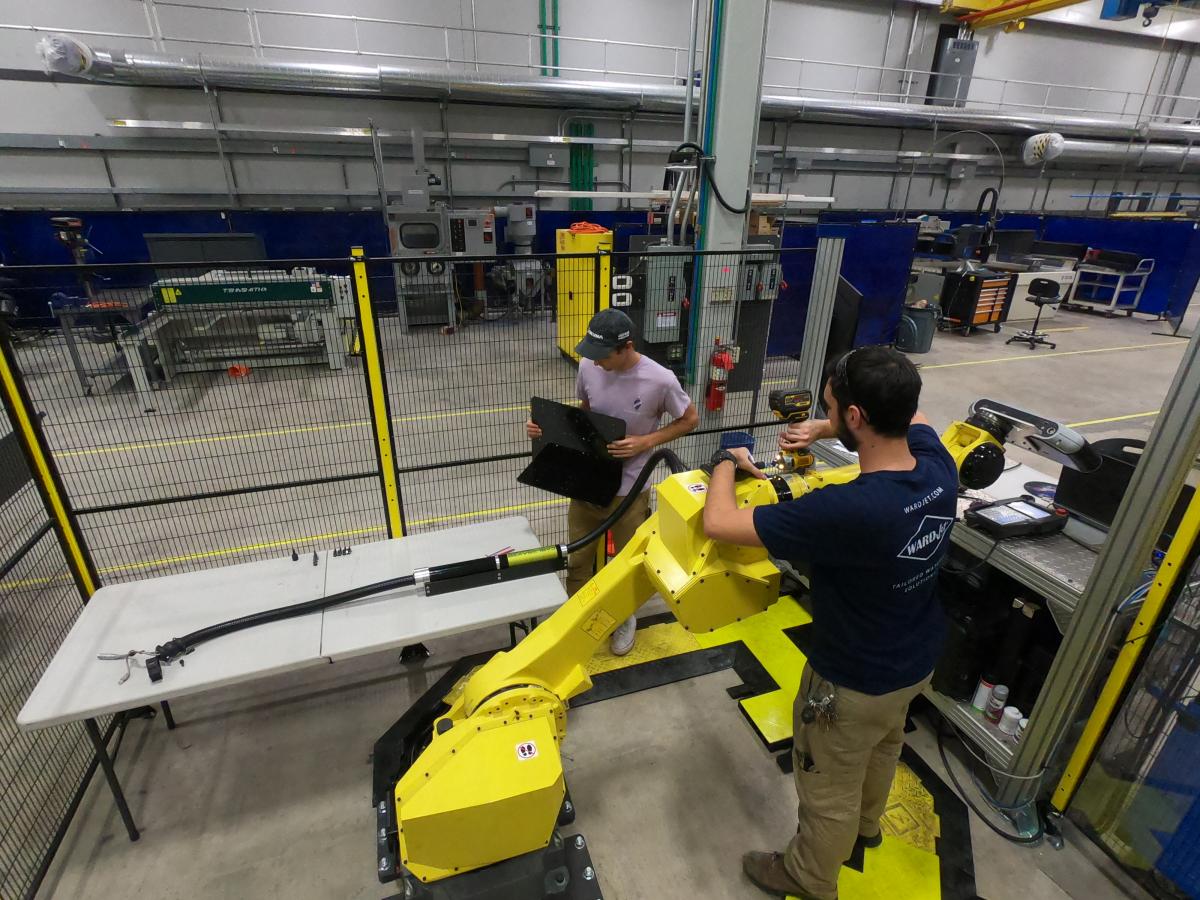 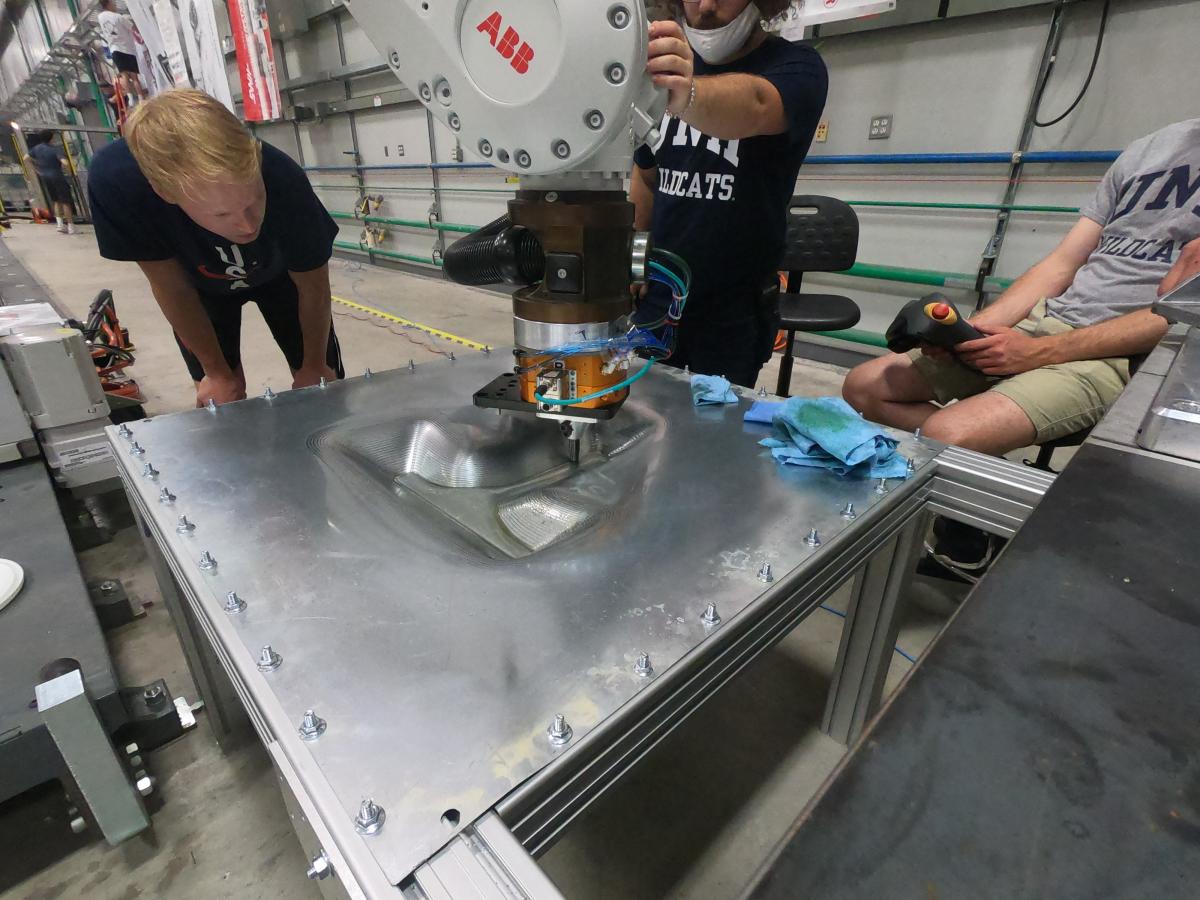