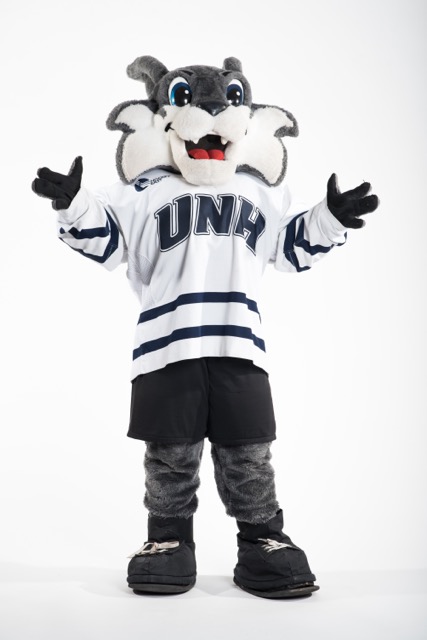 I was a bit reserved in writing for the Mechanical Engineering newsletter since I have been outside of the applied profession for most of my career and I did not want to distract from a profession I hold in high regard.    After conversing with Professor Kinsey and Tracey from his office, I agreed to share my career choice and key aspects I have learned along the way.

I graduated with a BS in Mechanical Engineering in 1985 and assumed my first job working for what was AT&T Submarine Systems in Newington, NH.  This is where AT&T purchased underwater telecommunications and sonar systems from Simplex / Tyco just prior to being loaded aboard ships.  It was interesting work being assigned as an ME in a predominantly EE universe, but it was the physical rigors of deploying state of the art systems in upwards to 8,000 meters of water that brought the two fields together.  The journey took me away from my home state and instead of a stint in Australia as promised, I spent the next four years working with Bell Labs in Holmdel, NJ (lesson 1 – large companies and the military do not always have the capacity to follow through on what may entice one to move).  This is where I had the privilege of working with some of the world’s premier scientists in the field; this is also where I received a career wake up call.

It is a bit humbling to work alongside scientists who managed not only their  full time jobs at AT&T, but taught at nearby universities as well; in the Labs, an undergraduate degree is not table stakes but a prerequisite to getting a Masters or PHD.  For those who may not be aware, Bell Labs has over a 90 year history of invention and innovation which includes: six Nobel prizes in physics, nine U.S. Medals of Science, seven U.S. Medals of Technology, two Draper Prizes and a Grammy award (yes a Grammy but in one of those technology categories the masses fast forward through).  This is besides having been granted over 32,000 patents and key inventions, including the transistor, laser, and solar cells.  So needless to say, the undergrad who gained his degree in four years, but split time between putting himself through school and heading up a fraternity was finding the bar set extremely high.

It was here that I got to experience challenges associated with the effects of sharks on new fiber optic cable systems where it was a unique species only found off the Canary Islands.  (A colleague of mine actually got to go fishing with curators from the Museum of Natural History to catch the little buggers who were causing shunt faults in a cable that could cost us $1M a day.)  We also solved how to continue laying tension sensitive fiber optic cable in high seas by using dynamometer based rollers to manage cable tension. Although there were a number of great projects and industry leading work being done, what I found fascinating was how the team worked and felt rewarded.  Pay was interesting to the team, but being recognized by peers was far more rewarding.  Having flexibility to pick the projects you worked on was a blessing and if the work could be performed in an academic type atmosphere, even better.  The crowning example for me was that the best and brightest who may not have been suited for management, were promoted to Distinguished Members of the Technical Staff (DMTS) which gave them the rights of a very large office, their own admin staff (secretaries in the day) and get this – the ability to choose their projects regardless if it immediately or directly benefited the business.  Absolutely fascinating and hence, why I chose the path of management and pursued my MBA.

My journey since then has taken me through multiple roles, including network engineering where I designed and deployed services throughout the AT&T network, product management where I managed $100M+ P&Ls (best job); consumer marketing, corporate strategy (flashiest job); finance managing our corporate capital budget (biggest job); and program management where I manage large complex initiatives or areas of the business that draw on my General Manager experience (toughest jobs).

Through this journey, there are a few learnings I have picked up along the way that are my business “truths”:

Learn how to effectively communicate (write and verbally “pitch”) early in your career.  (Nothing worse than losing the audience or the concept because it was not presented well.)
You cannot always plan the journey, but if you take advantage of new challenges, you can discover interesting things about yourself and other areas that open up new opportunities and insights.
It is not who or what you know, but who and what you know.  (Those with great networking skills excel – sometimes in spite of themselves but oftentimes because there is extreme value in relationships and leveraging a broader support structure.)
Never underestimate the potential of people – it is amazing to witness an empowered team that pursues the ideal objective and overcome what would otherwise appear as unsolvable challenges.
Be willing to let go of perfection and expectations of how the work gets done.  (Other than business controls and integrity / how to deal with people, for the most part it is the “what” and not the “how” that matters.)
Perhaps a hypothesis that I would love to prove wrong, but pick the top three, (maybe five max) priorities and focus.  (Oftentimes we are faced with up to ten priorities and my experience so far has yielded diluted sub-optimal results.)

The last learning may be more personal than more generally applied, but I have found extreme value in leveraging my broad skills and experience to addressing today’s challenges (this could also be a function of a large corporation).   It takes at least 6 months to step into a new role and really start adding value; one to two years to really own and make significant sustainable change; and two to three years to start to experience the long term impact of the change.  By years three and four, it is time to move on to experience new challenges.

Although I do not use my engineering skills any longer, the logical thinking and understanding of technology is still at the core.  I’m “left brain” dominant, so I take a logical approach to problems and break them down into more manageable elements.  For example, I use the term “physics problem” to communicate that we are more challenging the laws of science instead of facing a creativity challenge.  A timeline or resource challenge is different from us developing a recommendation from a Strength, Weakness, Opportunity and Threat (SWOT) analysis that has many open ended options.   I still chuckle that my business major colleagues could never understand a team of four engineers having the answers to the problem and still needing to collaborate for hours on how to develop the equation to solve it.  In general though, it is not lost on me that although my focus is on managing people, we are all about technology and innovation.  Whether a team is challenged with improving Virtual Private Networks (VPNs) or pivoting to cloud based solutions, one can best support their team by having at least a general knowledge of how the technical solution meets the customer needs.  I do not believe I would be the business manager I am today without my academic and applied experience in technology and engineering.