The mission of the Advisory Board is to help the Chemical Engineering Department achieve its academic mission. The advisory board is comprised of members from academic institutions, consulting firms, private practice, and industry. The members of the Departmental Advisory Board

The board shall consist of professionals from all pertinent Chemical Engineering disciplines with experience in the public and/or private sector. At the advice of the department faculty, six members were selected and were appointed by the Chair of the Chemical Engineering Department for a three year term (renewable). 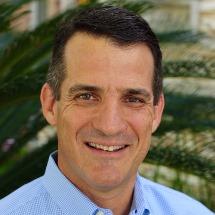 Jay Bizarro is President and CEO of Nylon Corporation of America (NYCOA) in Manchester, NH.  Jay joined NYCOA, a manufacturer of specialty grades of nylon 6 as well as copolymers and terpolymers that are based on nylon 6, in 2016.  Prior to that Jay had a 29 year career at specialty chemical company International Specialty Products, based in Wayne, NJ, and then Ashland, who acquired ISP in 2011.  Jay Bizarro has filled many roles during his career, starting out as an environmental engineer responsible for permitting and installing control equipment, followed by a stint doing public advocacy work while permitting a facility seen as controversial at the time.  Jay then transitioned into operations leadership in 1996, where he has spent the majority of his career in positions of increasing responsibility, holding positions such as Production Manager, Director of Operations for a Business Unit, Operations Manager, and Plant Manager.  Jay was promoted to VP of Texas Operations in 2011.  During his 20 year manufacturing career, he lived in Kentucky, New Jersey, Massachusetts, and Texas.  When he left Ashland, he was Plant Manager of the company’s flagship operation in Texas City, TX, as well as being responsible for 10 other manufacturing sites around the world.  Jay Bizarro has also had business experience woven into his career, heading up ISP’s $300 Million Elastomers business for 3 years as its VP and General Manager.

Jay Bizarro is a graduate of Stevens Institute of Technology in Hoboken, NJ, and earned his Bachelor of Engineering (BE) degree in Chemical Engineering.

Dr. Bowlin is a Professor and Herbert Herff Chair of Excellence at The University of Memphis in the Department of Biomedical Engineering, where he has been a faculty member since 2013.  Dr. Bowlin’s research has and continues to focus on the application of electrospun templates for tissue engineering and tissue regenerative applications, all in the pursuit of saving lives and improving the quality of life.  Dr. Bowlin’s laboratory has published extensively with over 115 peer-reviewed manuscripts.  Google Scholar data shows his group’s published works have been cited over 9,700 times, resulting in an H-index of 43.  To date, Dr. Bowlin has been granted 10 U.S. Patents and 32 foreign patents for his advancements in these different areas of research.  These patents have helped to start five different companies and several commercially available and FDA cleared products.  The most recent technology is being developed by Sweetbio, Inc., started March 2015 in Memphis, TN, for improving dental reconstruction procedures.  Another company started, St. Teresa Medical, Inc. is currently undergoing clinical trials for CE Marking.  He was recently awarded the Billy R. Martin Innovation Award in 2013 as well as being inducted as a Fellow into the American Institute for Medical and Biological Engineering.  He is also the Inaugural and current President of the International Society for Biomedical Polymers and Polymeric Biomaterials.

Dr. Bowlin received his B.E. from Youngstown State University (1988) and M.S. from the University of New Hampshire (1990) in Chemical Engineering.  From 1990-92, he worked as a Process Engineer for NUCON International in Columbus, OH.  He then obtained a Ph.D. from the University of Akron (1996) in Biomedical Engineering and subsequently completed an American Heart Association sponsored post-doctoral fellowship in the Department of Surgery at Akron City Hospital.  In 1997, Dr. Bowlin started his first faculty appointment at Virginia Commonwealth University and rose to the rank of Professor and held the Louis and Ruth Harris Exceptional Scholar Professorship.  In August 2013, he relocated to The University of Memphis to continue his research and entrepreneurial endeavors and continued training of the next generation of Biomedical Engineers. 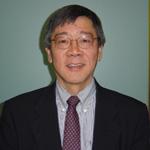 Mr. Cheng, President of ChemicaLogic Corporation, is a management consultant to chemical and related industries. For over 30 years he has been helping clients to resolve management issues from the perspectives of chemical technology and market competitiveness; for 18 of those years he was associated with Arthur D. Little, Inc.

Mr. Cheng consults extensively in Asia on venture feasibility, technology transfer, and development strategy. Mr. Cheng has conducted numerous assignments for government agencies and private chemical companies in Taiwan. For the Spark Program Office of China State Science and Technology Council, he delivered a training course on enterprise management and technology evaluation to a group of senior project managers. On behalf of the Asia Foundation, Mr. Cheng held a seminar in Pudong, Shanghai on “Pollution Prevention” to introduce techniques to minimize pollution in process industries. 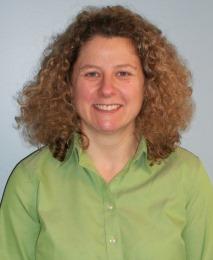 Ms. Donoghue graduated summa cum laude with a B.S. degree in Chemical Engineering in 1991 from the University of New Hampshire. She has a broad range of R&D experience having spent over 15 years at premier research institutions. From 1995 to 2003, she held research and engineering positions at Woods Hole Oceanographic Institution working in mass spectrometry, including the National Ocean Sciences Accelerator Mass Spectrometer facility. From 2004 to 2006, she held laboratory management positions in radioisotope and cellulosic ethanol technology laboratories at Dartmouth College. Since 2006, Ms. Donoghue has worked at Mascoma Corporation, a start-up cellulosic ethanol company located in Lebanon, NH. She is currently the operations director and has been involved in all aspects of operations including recruiting, laboratory/office start up and expansions, office and lab consolidations, and project management of a multi-million dollar laboratory and office building. She now oversees management of the laboratory spaces and operations, corporate administrative services, purchasing and safety. Ms. Donoghue also serves on the Small Business Advisory Council for Senator Jeanne Shaheen of New Hampshire. 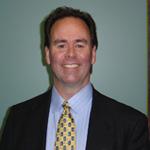 Rick Pierro is co-founder and owner of Superior Controls and has over twenty years of control systems experience. Mr. Pierro is currently serving as President of the International Society for Pharmaceutical Engineering (ISPE) Boston Area Chapter and has served on the ISPE Board of Directors since 2004 as Chairman of Student Affairs. He is a Trustee for the New Hampshire High Technology Council and is Chairman of the Board of Advisors for the University of Massachusetts- Lowell, Chemical Engineering Department. Mr. Pierro's longtime support of the UMass Lowell's Francis College of Engineering earned him the "Francis College Distinguished Engineering Award" in 2003. In addition, he serves on the Board of Directors of Acumentrics Corporation, a leading fuel cell development and manufacturing company, and E-Trolz, a leading provider of technology for electrophysiological medical devices.

Prior to Superior Controls, Mr. Pierro held various positions in project engineering, sales, and sales management. His work experiences include serving as an automation engineer at a systems integrator, where he designed and implemented PLC-based control systems for both the chemical and food and beverage industries.

Mr. Pierro graduated from Boston University with a B.A. in Chemistry in 1981 and received his M.S. in Chemical Engineering from the University of Lowell in 1983. He researched and wrote his thesis on the testing of advanced PID tuning techniques for process control applications, and also taught several process control courses. He later completed several business courses at Harvard Business School. He is a frequent guest speaker on topics ranging from biotech automation, batching, and FDA validation requirements such as 21CFR Part 11, Process Analytical Technology, and GAMP. 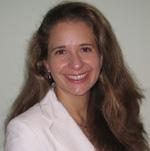 With a broad background in early medical product development and financial analysis, Denise Saltojanes holds a multifaceted skill set from her fifteen year engineering-based finance career. Denise received a bachelor's degree in Chemical Engineering from the University of New Hampshire, graduated magna cum laude with an MBA from Babson College with an emphasis in finance, and has passed the Level I exam for the Chartered Financial Analysts designation. Currently, she is a Financial Specialist for the Electronic System Center of US Air Force Materiel Command. She continues to apply her financial modeling, valuation, financial reporting, and business development experience to various research-focused organizations, working along side management, research staff, and investors. Prior to joining the Department of Defense, Ms. Saltojanes served as Vice President of Investment Banking at Medical Capital Advisors where she was an integral part of the firm’s merger and acquisition team. As a Senior Executive at Cambridge Polymer Group, a biopolymer research and development company in Boston, she supervised daily operations as well as coordinating marketing, financial strategy, and new business development and licensing agreements. She has been involved in private financings for orthopedic device and other medical technology companies. Additionally, Denise has held financial positions at the Orthopedic Biomechanics and Biomaterials Lab at Massachusetts General Hospital and started her career as a process engineer at General Electric.

Recently, she entered her second decade as a competitive triathlete in the New England region.