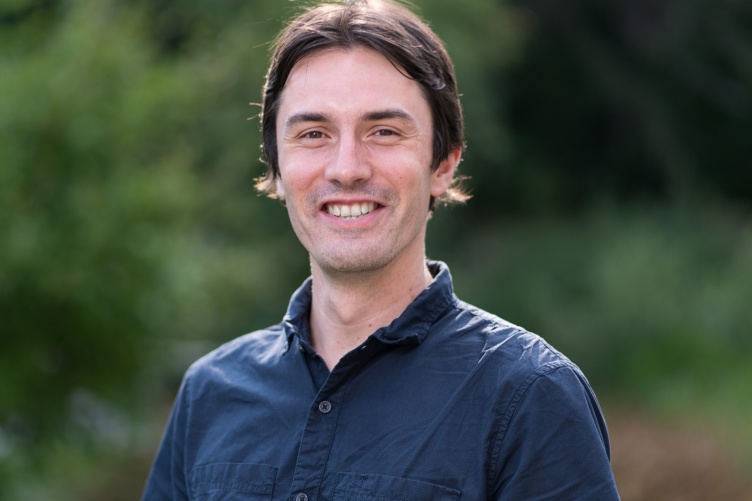 Francois Foucart moved from Europe to the US in 2005, after finishing undergraduate degrees in Engineering and Applied Physics at the Free University of Brussels and the Ecole Centrale in Paris. He completed his Ph.D. at Cornell, with work focusing on numerical methods for the study of colliding black holes and neutron stars. Francois then moved to the Canadian Institute for Theoretical Astrophysics in Toronto and the Lawrence Berkeley National Laboratory in California, before joining the Department of Physics and Astronomy at UNH in 2017. Francois’ work involves the development of numerical methods for general relativistic magnetohydrodynamics and radiation transport, and the study of the gravitational wave and electromagnetic signals powered by black holes and neutron stars in close binary systems.

Merging neutron star-neutron star and black hole-neutron star binaries are some of the most energetic events observable in the Universe, and their study allows us to test our understanding of the laws of physics in extreme environments that cannot be reproduced in laboratory on Earth. The wide range of physical processes involved in a neutron star merger is what makes these systems both challenging and exciting to study. Colliding neutron stars create extreme spacetime curvature, as well as the densest macroscopic objects known to exist in the Universe. They are probably the main creation process for many heavy elements, including gold, platinum, and uranium. They create magnetic fields trillions of times stronger than the strongest magnets on Earth, and burst of gamma-rays observable across the entire Universe. They are extraordinary astrophysical laboratories, but also very difficult to model. Numerical simulations of these mergers require the evolution of the equations of general relativity, magnetohydrodynamics, neutrino and photon radiation transport, and nuclear physics. Francois’ group at UNH is involved both in the development of numerical methods for the simulation of these mergers, and in the modeling of the many different observable signals that they power. This work is done in collaboration with a wide range of researchers in North America and Europe, including the Simulating eXtreme Spacetime collaboration and the N3AS Physics Frontier Center.