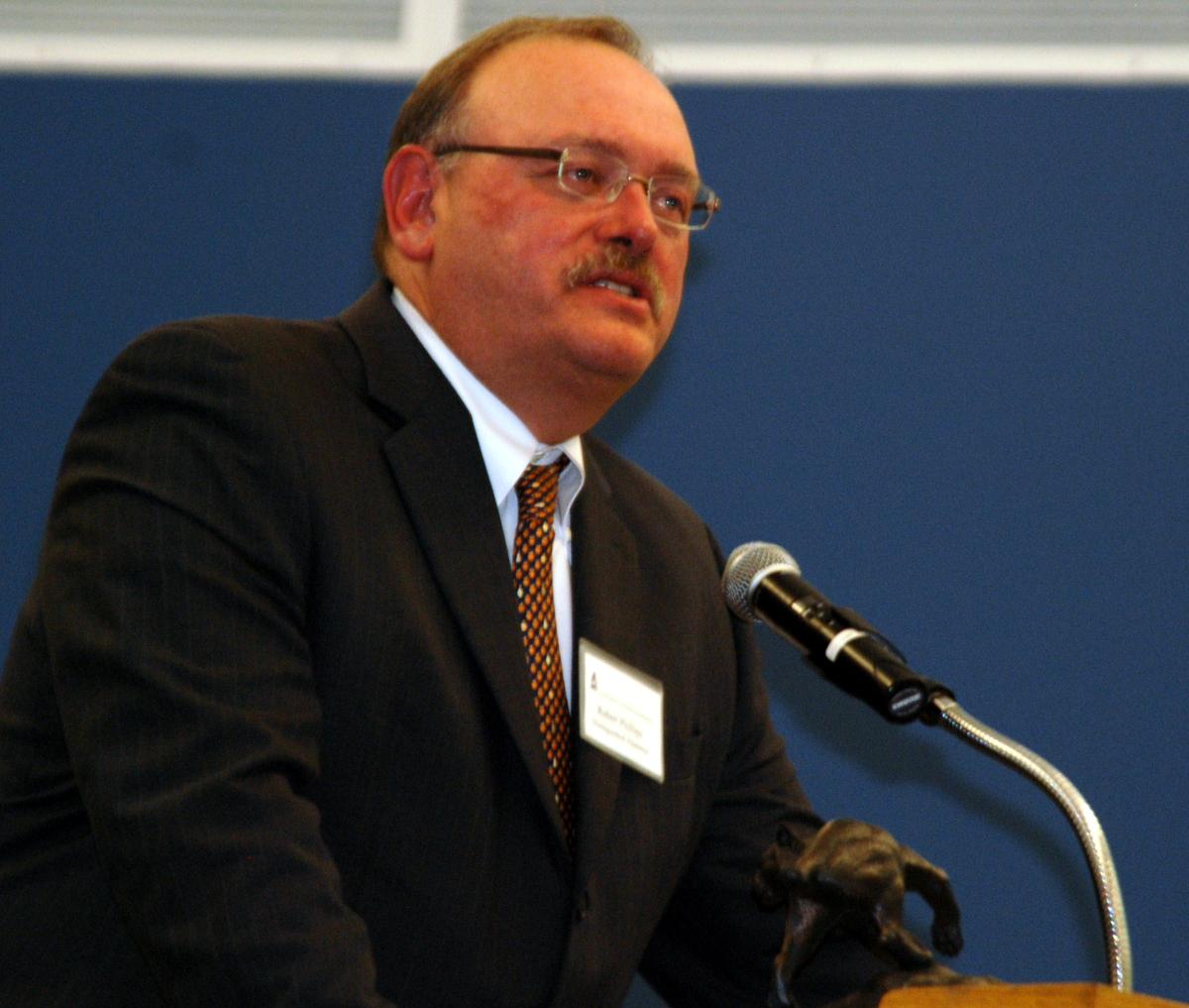 CEPS Alumni Society President, Jack Smith (UNH ’50) informed the audience, “The Distinguished Alumnus Award is given annually by the CEPS Alumni Society for outstanding contribution to society in the field of engineering, science, or mathematics that has enhanced the image of the University of New Hampshire.”

Before receiving a heart-felt and energetic standing ovation from a crowd of around 275 students and faculty, Dr. Phillips’ noted UNH is the only place he ever wanted to go as an undergraduate.  “At UNH I was taught the fundamental joy of learning as well as how to apply that learning to solve problems.  I have carried these tools with me throughout my career as a professor, an engineer and later in the financial services industry and they have served me very well.  We need more people like all the students recognized here today,who can think effectively and solve complex problems.  In return for those gifts, it is important to give back to UNH.”

From 1976 to 1985 Dr. Phillips worked in the energy business at several national labs and Babcock & Wilcox Co. He returned to UNH as an Assist. Prof. in the Mechanical Engineering Department 1985-86. In 1986 Bob joined several people to start ICAD, one of the early entrants in the Computer Aided Engineering software business. Bob joined General Electric in the Aircraft Engines Division as a senior engineer. Here he introduced new, automated techniques for the design of numerous engine components including complex turbine blades. For this work he was awarded the first Computer Aided Engineering Award as well as numerous management awards.

Bob later joined Concentra as chief technology officer and vice president of engineering. He developed Selling Point, an award winning Product Configuration software product. In 2002 Bob changed career directions moving from the engineering/enterprise software industry to the financial services partnering with Steve Cucchiaro to form Windward Investment Management. Bob was asked to join Fidelity Investments in 2003 as senior vice president where he managed the NetBenefits platform which provides online service for the 13M benefits plan participants. In 2009, Bob returned to Windward Investment Management as executive vice president and chief technology officer. He is responsible for investment modeling and operations. Windward is a registered investment advisor responsible for managing over $3.5B.

Dr. Phillips is a charter member of the CEPS Industrial Advisory Board. He and his wife started the Phillips Engineering Fund several years ago to help fund CEPS activities including scholarships. His son Jefferson is a 2007 graduate of UNH.

The University of New Hampshire, founded in 1866, is a world-class public research university with the feel of a New England liberal arts college. A land, sea, and space-grant university, UNH is the state's flagship public institution, enrolling more than 12,200 undergraduate and 2,200 graduate students.