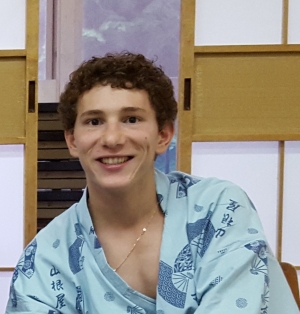 During this past summer I lived in Sendai, Japan, where I conducted space robotics research on the Google Lunar X-Prize team Hakuto rover alongside an international team while also exploring nearby areas and attending festivals and holiday events where I was able to learn about Japanese culture and lifestyle.

As a note, the photo was taken in Fukushima where I went with a small group to learn about the effects of the nuclear plant blasts following the Tsunami in 2011. We explored several areas in Fukushima, learned about the fruit farming industry and spent half a day in an elementary school sharing about our countries, hearing about theirs and learning about the Japanese schooling system.